Prince of Persia is of course an absolute classic, originally released for the Apple II in 1989 it ended up being ported to pretty much everything around at the time - I myself owned it for the Master System for which it was released in 1992. The game was an absolute smash thanks to it's beautifully animated characters created using rotoscoping techniques. 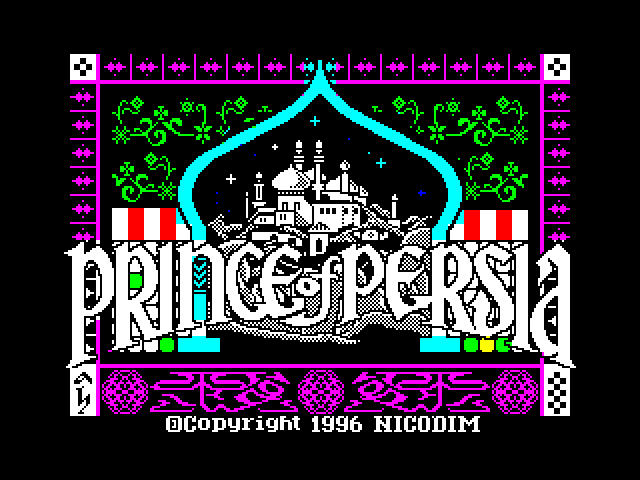 The humble Speccy however did not receive an official port because the hardware was "too weak", however in 1996 Russian company Nicodim released a version of the game for the 128K Spectrum. There is an interesting document on archive.org that goes into more information about this subject.

So, how does the game perform? Well, it is an amazing feat for sure - the Speccy is in no way too weak to handle the smooth, realistic animations. Yeah there's a couple of niggles I have with this port when comparing to the Master System, for one our little blokey is far too excitable and the smallest tap on a key will have him running way too far. There could have also been a little bit more sound perhaps, but that's not a major issue. Of course the single fire button does leave us in an up to jump situation which can lead to some shenanigans - I was using a Mega Drive controller when playing and I still found myself being quite shamelessly beaten by certain jumps. 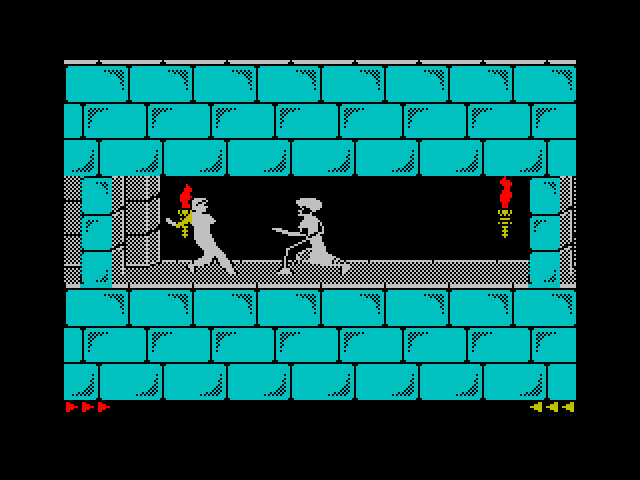 Anyway, I would seriously recommend giving this game a go, you can download it from Spectrum Computing. Please feel free to check out my full stream of Prince of Persia below (although I never managed to get beyond level 2!)