Web Runner, published as a type-in by Sinclair Programs in 1984 is a tiny game and is not in any way ground breaking but what did catch my eye was the contents of the ReadMe included in the zip file I downloaded:

Web Runner was written for the 16K Spectrum by Hugh Creed, aged 13, of Lancaster, Lancashire.

I, along with a friend of mine, was also making games in Sinclair BASIC at a similar age to Hugh so the fact he got one published really hit home with me (we sent a game on tape to Crash but never heard anything back!). 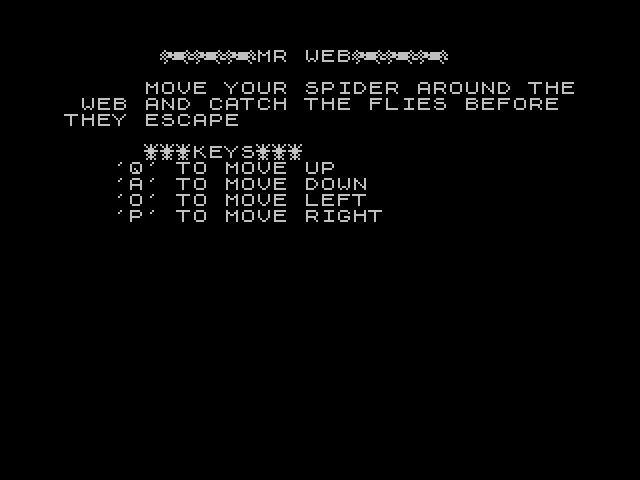 Anyway, onto the game itself! Web Runner is a fun little game where you take on the role of a spider and your job is to catch the flies before they escape your web! You get until the timer reaches 17 to move yourself over to the fly and grab it. Why 17? I'm not sure, my totally unscientific method of recording some footage suggests this is about 3 seconds. 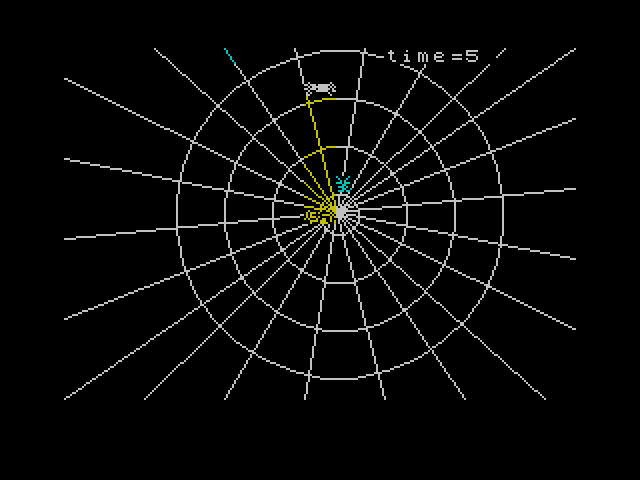 You get 5 lives and once those lives are gone you're presented with a score. 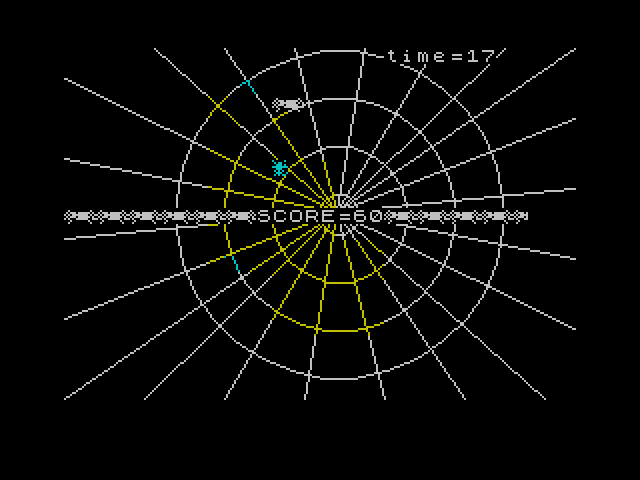 And that's it! It's a neat little game that can really give those aging reflexes a run for their money. Of course if you're struggling you can always change the code!