Games of old: Turbo the Tortoise

Well, I knew the time would come when I finally had to take a deep breath and look at a platform game. I'm sure many of you are pondering why this is an issue, well the truth is: me and platformers - we never really got on. I don't know why this is but as a genre platform games didn't like me and I didn't really like them.

But what about platformers in the year of our Lord Bacon 2019? Well, one of the goals of this website was to showcase modern Speccy games aswell as look back at some forgotten oldies but a good chunk of games made since 2000 are platformers and a good chunk of those have the difficulty ramped up to 11! So, for my first platformer review I am going back to 1992 and taking a look at Turbo the Tortoise. 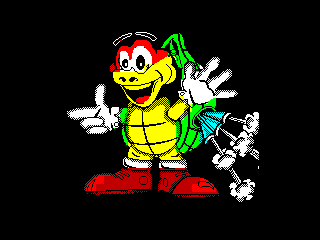 I first became aware of this game when a demo was included on a Your Sinclair cover tape which as you can imagine was meat with a certain amount of apathy on my part. It did make an impact within my little head though - probably due to it's likeness to a certain spikey blue creature that is also quite slow in real life. Interestingly, upon doing a bit of research before writing this review I also discovered that it likely infringing on more than one franchise (checkout the very last boss)!

The game is comprised of 6 single-stage zones which are different periods in time: prehistoric, ice age, egyptian, medieval, 20th century and the future. Each zone has different enemies - some stronger than others, there are also different hazards to be avoided such as icicles falling down or ancient traps shooting arrows at you. You jump your way through the zones, plopping enemies on the head and collecting apples. There are various power-ups to be collected one of which is ammo allowing you to shoot the baddies instead because that's totally what a speedy mutant tortoise would do! Each zone ends with a boss that when killed will drop one of the items our hero has ben sent out to collect. Each boss requires a certain number of plops on the head and they provide a decent variety having different mechanics.

Turbo has 3 bars of energy which deplete as you take damage - when this energy is gone you lose a life. Extra energy is one of the power-ups available and you can have up to a maximum of 5 bars.

Obviously it is nowhere as speedy as Sonic the Hedgehog but you know what? It's still pretty speedy considering it is on a ZX Spectrum! The main viewing area uses one or two colours and the graphics are very nice, and very smooth - there's also a good deal going on as you progress through the game.

The sound effects are pretty pleasing, especially when you kill something - there is no music however.

This game has managed to restore my faith in platformers and I will most certainly take another stab at some of those modern ones! It's a fast-paced, action-packed, beautiful game. 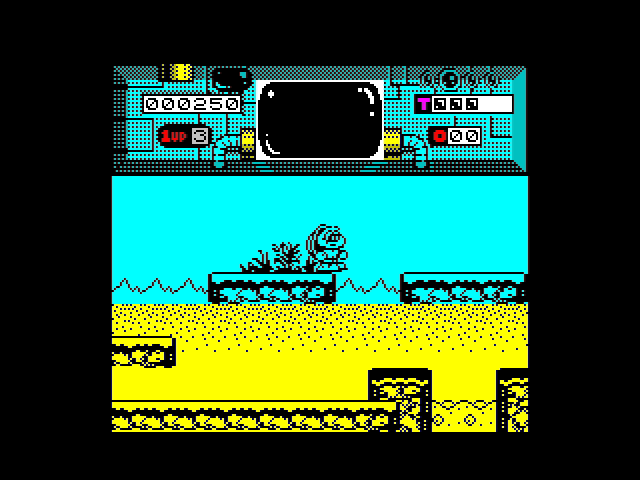 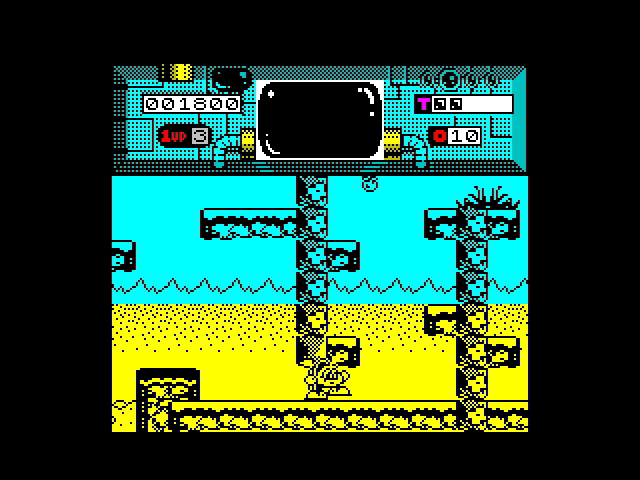 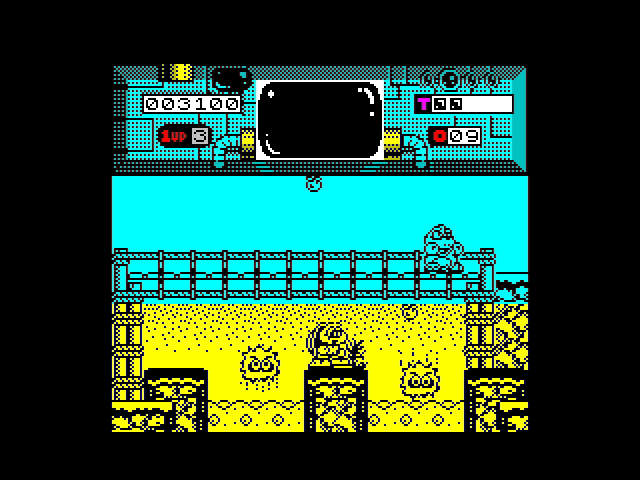 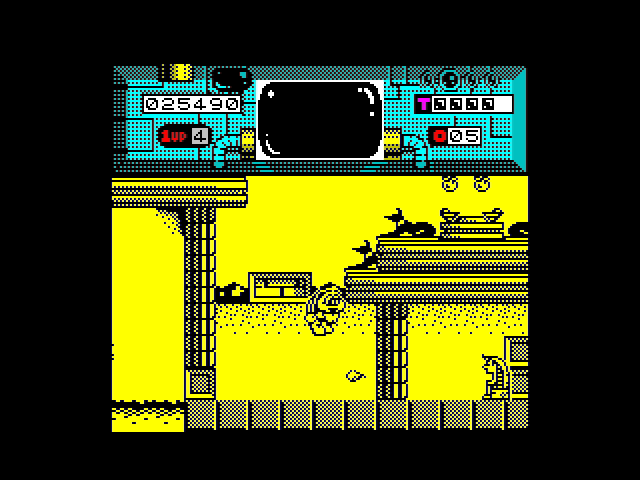 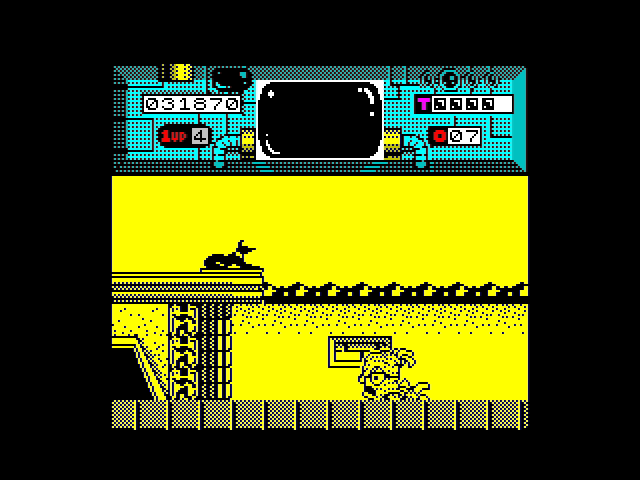 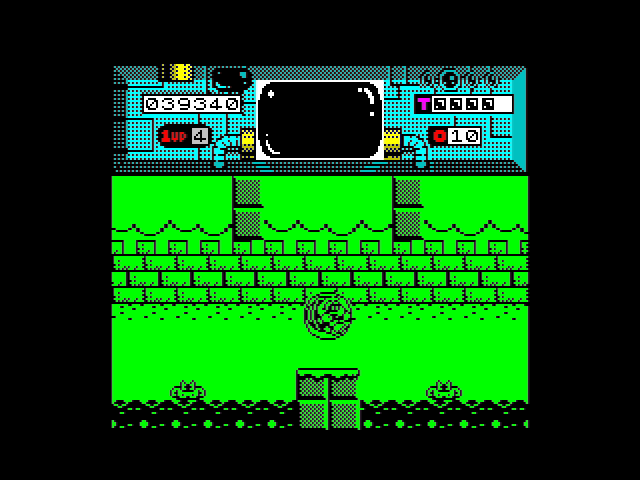 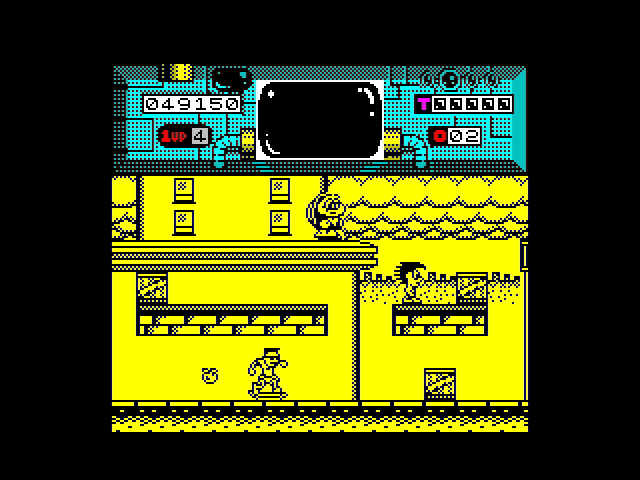 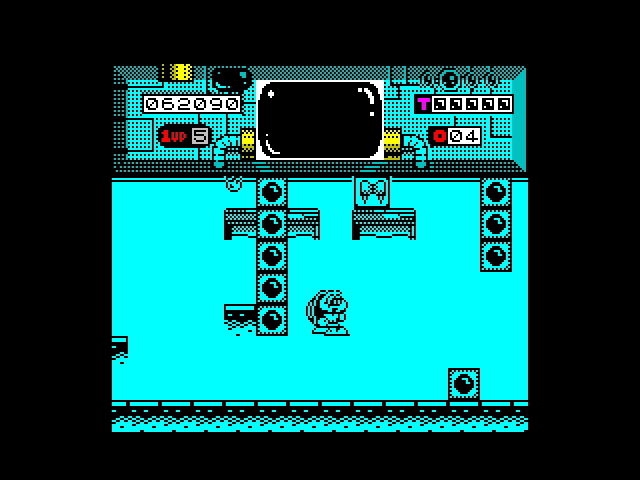 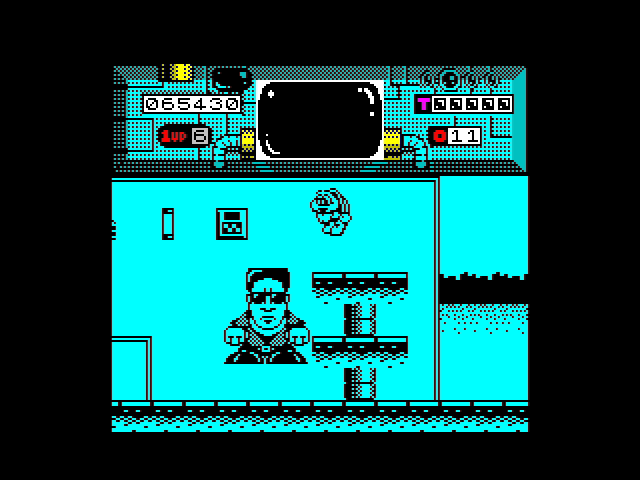