Games of old: The Tube

The Tube released in 1987 by Quicksilva Ltd is an arcade shoot-em-up that contains not one, but THREE distinct play styles. 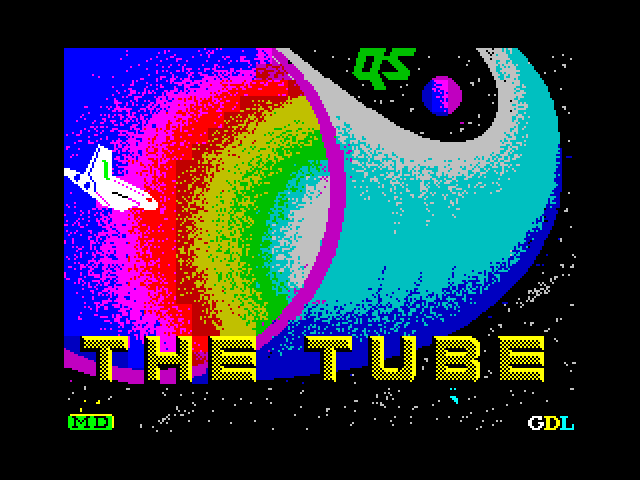 We take on the role of scavenger and have found ourselves in THE TUBE - a giant scrapyard in space. There are 8 stages we have to escape, each area consisting of 3 parts. 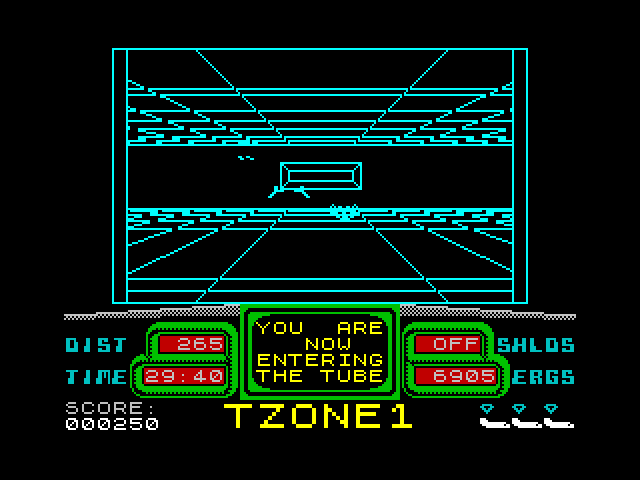 The first area, called the Transfer Zone is a 3D vector graphics affair and you just have to shoot everything that comes your way until you reach the entrance to the Defence Mechanism Tunnel. In this part we get some side scrolling action and you have to shoot or avoid things that fall or things that go up. Being able to slow to a complete stop is a nice touch here! 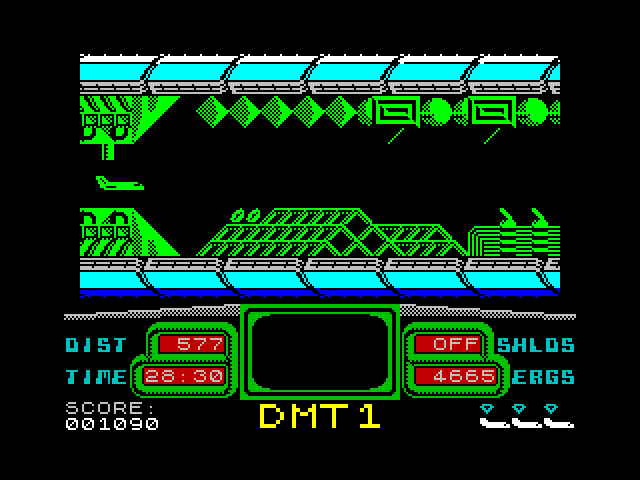 The final area of a stage is the Capture Area, this time its a top-down affair with absolutely comical consequences for bumping into the scenery! There's no shooting at all in this part, in fact I haven't fully grasped the goals of this part. There are ships that you can dock with, and after a playing a mini game, can take fuel from. The first time I played I took energy from two ships but didn't seem to progress, subsequent playthroughs took me to the next stage after completing the mini game just once. 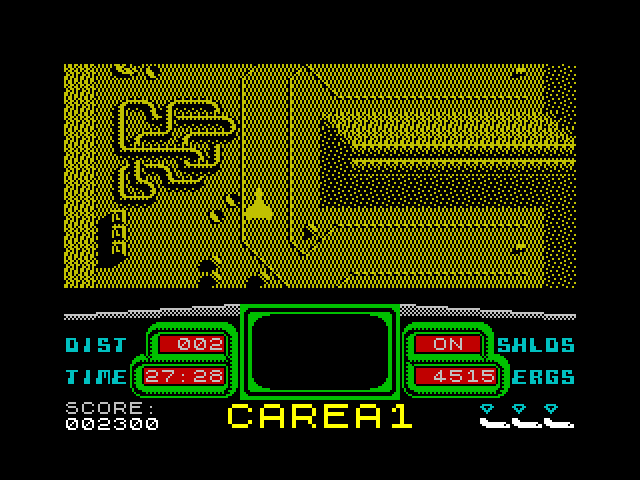 So do we have the perfect combination of 3D Starstrike, R-Type and Xenon all rolled in to one? Well no. The Transfer Zone and the Defence Mechanism Tunnel just don't have enough going on and the Capture Area makes little sense to me. The mini game can be a little confusing at times too. 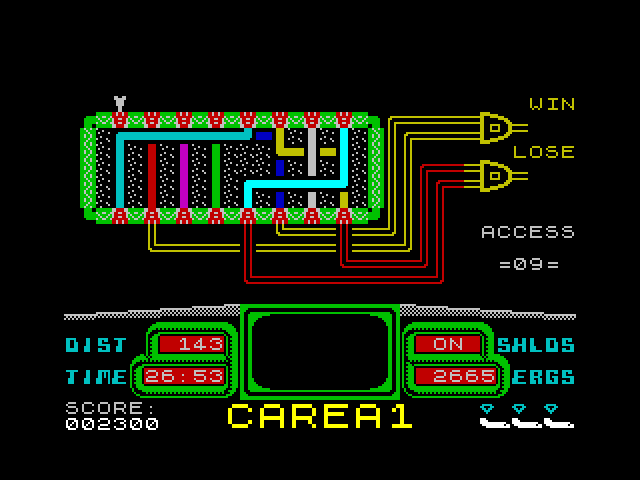 The graphics and sound are fine, but after such a gorgeous loading screen I was disappointed. The menu screen music though.. Oh, such beautiful tones from that AY chip (assuming you're on the 128K version!) - honestly, even if you don't want to play the game just load it up for that music!

It's worth a go, just to see how the 3 play styles gel together.