Welcome to Journey's End! This epic RPG was released as a budget title by Games Workshop in 1985. This fantastic little game holds the prestige of being the first ever computer game I played!

The game is split into 3 parts and to discover more read on... 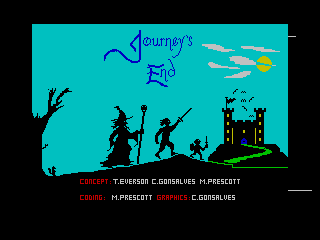 It was many years ago when your father died. You understood very little being so young. All you knew was that one night he never returned. And so you grew up not knowing much about him at all. There was always silence from your mother on mentioning his name. On coming of age, curiosity got the better of you and you decided to learn more about him.

The village was your obvious start and on talking to the tight-lipped elders you learned little except that your father was well liked and a renowned fighter.

You decided that the local Sage, Thorvald, might further enlighten you, so you made the short trek to his cave in the woods to the north of the village and after giving him a humble gift, he told you following:

"Your father, Eduard Back-Stabber, was a good man and when he died he was on a quest for our Emperor who was and still is under an evil curse, which makes bedridden with the Hell-Fever.

"The object of his quest was to find the only known cure, The Elixir of Hagar the Demonic. Hagar died at the siege of Dartfell but the Elixir survives although its whereabouts is uncertain. I sense the same good in you as in your father and so if you wish to continue his quest, here is a copy of the map that I gave to him which shows the position of a dungeon built by Hagar on the edge of his empire."

And so you find yourself in that very same dungeon...

We start the game in a dungeon, it's dark, there's not a lot to see. Our aim here is to blindly work our way around picking up gold & gems trying not to walk into any hazards that might kill us. To escape the dungeon you need to find a key (or a bottle but more about that shortly), but the dungeon is made up of multiple levels and each level requires its own key.

Dotted around the levels are books and bottles: the books will reveal the location of things such as the key or the level's exit. Bottles can contain help or hinderances as well as a genie that can grant you freedom. 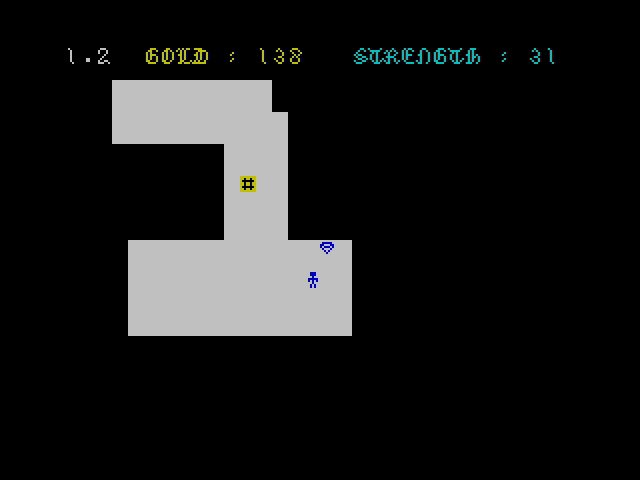 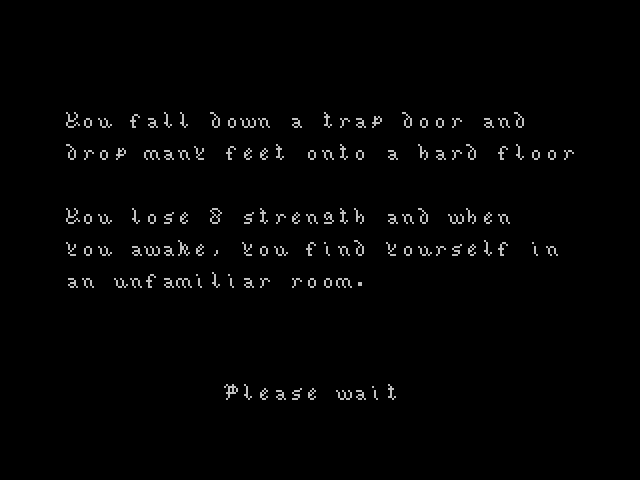 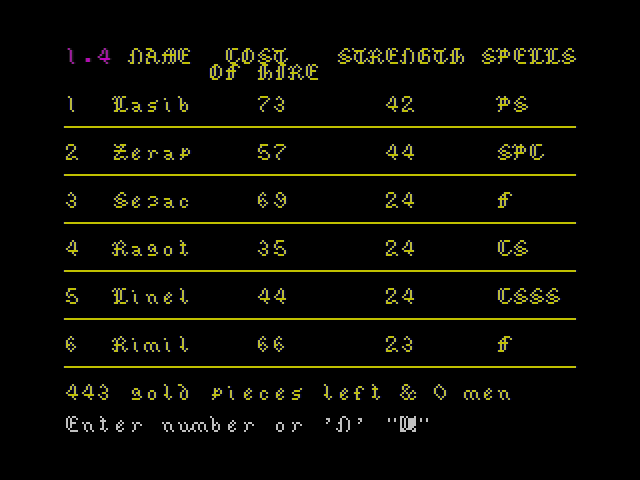 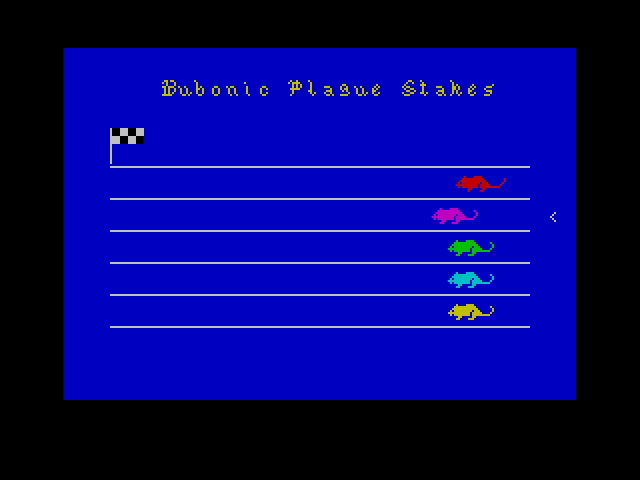 Day at the races

Once you've escaped the dungeon you visit a healer who (for a cost) heals you up and hands you a medallion, you then head to town to hire some help with the gold you picked up. The people you hire have different strength & spells and different hire costs - if you get low on cash you can always go betting on the rat races!

Now that you have hired your party you decide to seek out Arnfin Goldbeard, the dwarven smith. He is suprised to see you and on telling him of your adventure and showing him the medallion, his face shows a grim expression.

Arnfin rummages through his shelves and pulls out a battered scroll tube.

"We found this in the catacombs you explored; it shows the probable location of the Elixir, in a castle to the north.

To get across the river follow the golden trees

Use this clue, it may help you."

At the start of part 2 we get a choice to save our party, load an existing party or get on with things.

We're now as a group in the forest, this is probably the longest and most difficult part. The trek through the forest is dangerous, you can at any time be attacked by wild rats, skeletons and other creatures. You also have to contend with tiredness and hunger!

There are two modes whilst moving around the forest: normal and hunting - when in hunting mode you move slower but you are more likely to find food and other good things. Golden trees are scattered around and if you follow their directions they always lead to another, but they can also give food and arrows if needed aswell - be aware they do take payments though!

Combat is turn-based and can be initiated at any time, you choose your front line and on each turn you get to cast a spell: cure, paralyse, shield or fireball - these are all single use so be wary about using them! Also be sure to use the right spells on the right enemies: a shield is useless against rats, for example. New spells can be found along the way.

There are two phases that make up the combat section: ranged and melee - ideally you want to dispatch the groups before they get into melee range.

Eventually a golden tree will give the option of providing the location of the bridge, which will now appear on your map.

If and when you manage to get to the bridge you find it heavily guarded! Manage to fight your way through but it's not over yet! You now need to make your way to the castle, although by this point you're probably down a couple of people and all out of spells! 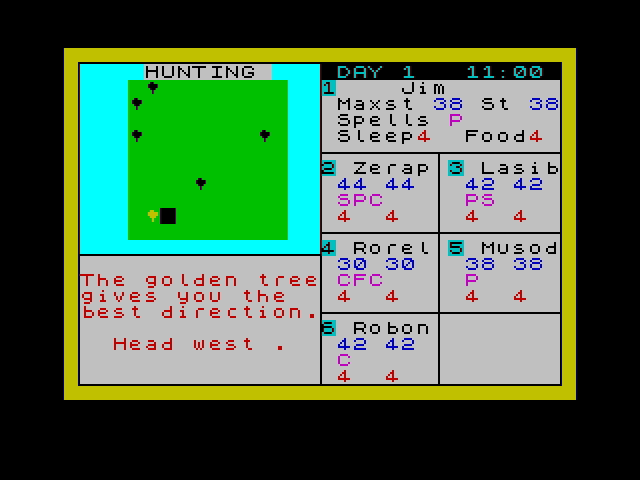 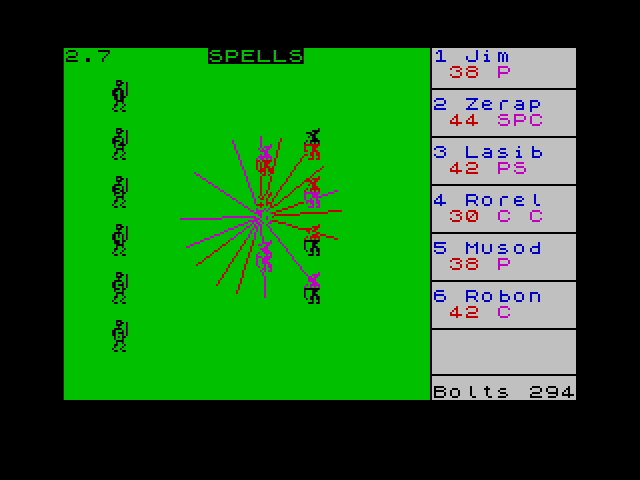 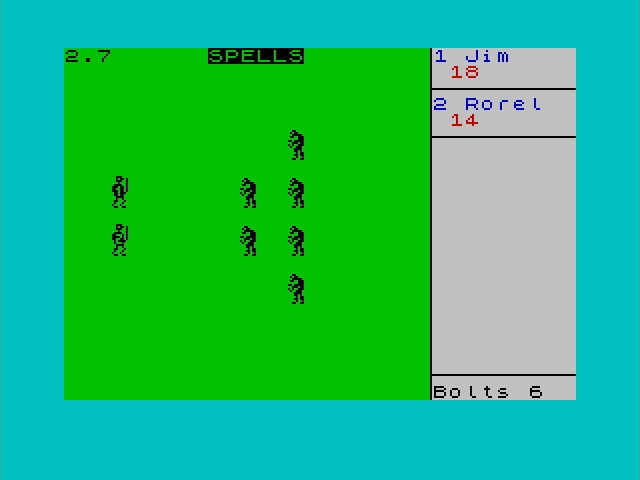 Not going to end well 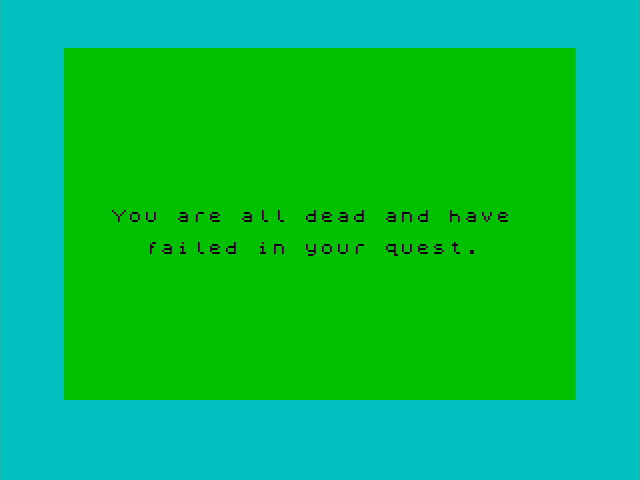 Does anybody actually know what happens in part 3? I've never made it that far! So keep your eyes peeled, I shall keep playing and hopefully bring you part 3 at a later date.