After two thousand years the Galactic Empire is a bit of a dump. Prisoners on the planet Aldertron have escaped and only one person can restore the peace! Take on the role of Commander Zelon onboard Force Fighter and destroy the dangerous aliens! 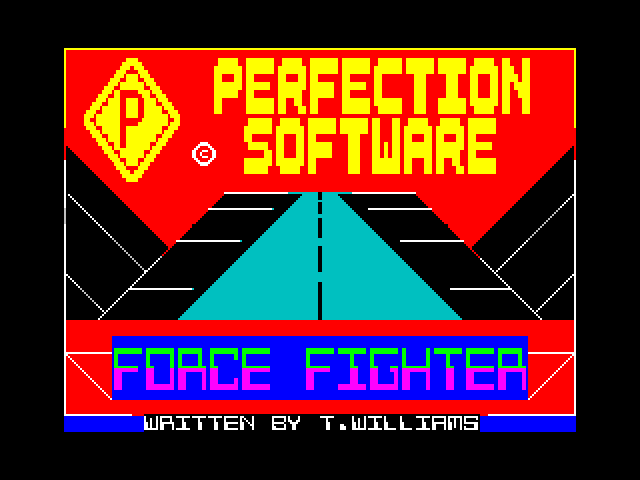 Force Fighter, released by Perfection Software in 1983 for the 16 and 48K Spectrum is a manic little shoot 'em up that really showed what the little box of rubber was capable of.

Its a Space Invaders type affair: shoot the stuff above you, avoid the stuff coming towards you. One particularly fun difference though is when you shoot an enemy it will fall to the ground and kill you if you don't get out of the way in time. Sounds easy? But there's a constant stream of bombs dropping too, some of which will land and limit your movement choices. 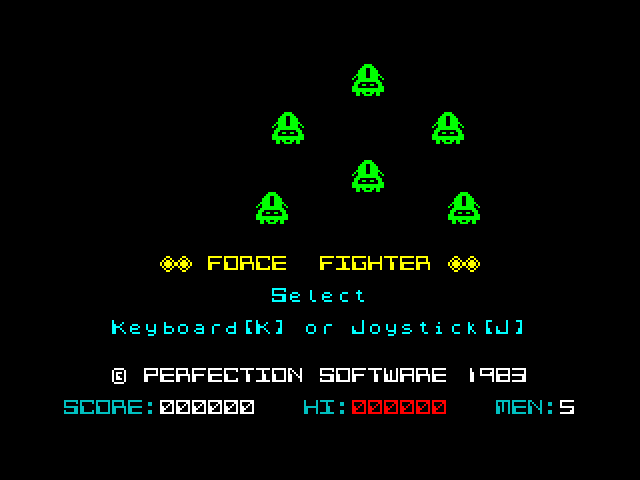 One major issue with the game is variety. Despite it boasting 15 different aliens each level feels almost the same, the main difference being the amount of bombs falling. I played with an infinite lives cheat to see how many levels there were but after a while I just stopped paying attention. Without the cheat I could only get to the fourth stage.

The graphics however are lovely and there is a good use of colour. Controls are joystick or keyboard (with semi sensible non-redefinable keys). 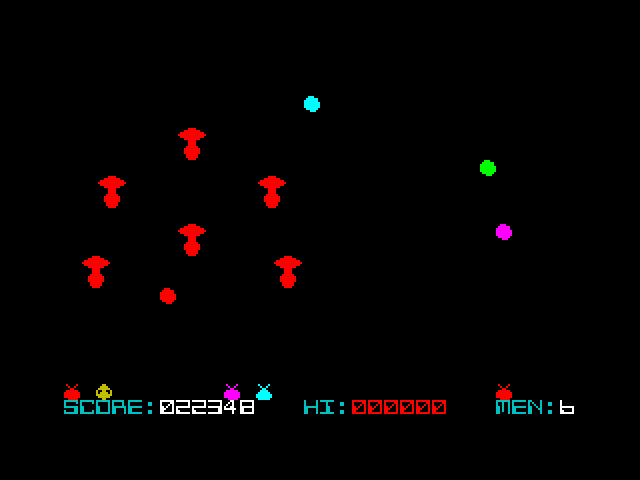 The title screen sound is annoying, but in game noises are perfectly pleasant. There is a weird noise when the game is paused though.

All in all it's not a bad game, just struggles to keep my attention after not much time.