Planets! An integral part of any space game I reckon, and possibly why I've constantly revisited their look in my game. 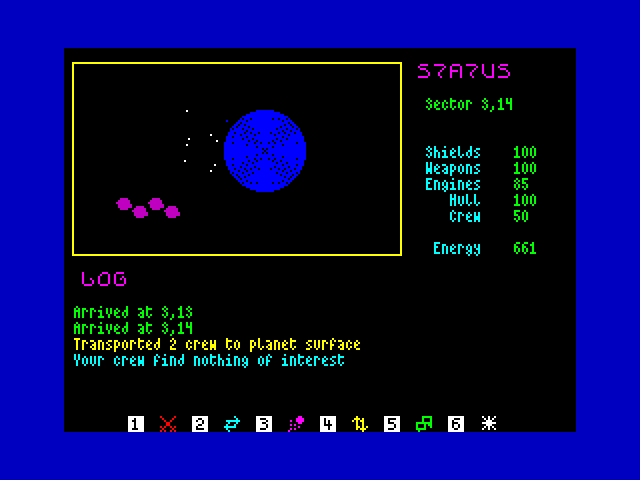 Nothing special, but looked OK. Due to how ZXBASIC works CIRCLE was an expensive choice though - a 5x5 UDG was actually a lot cheaper. I had a collection of planet graphics that I'd collected for another space game I was planning for Windows 3, banging one of these into a program I use for converting images to Speccy graphics was trivial. For the DOS version I added an additional field to the planet object which stored a colour value, allowing a bit of variety in the planets we see. 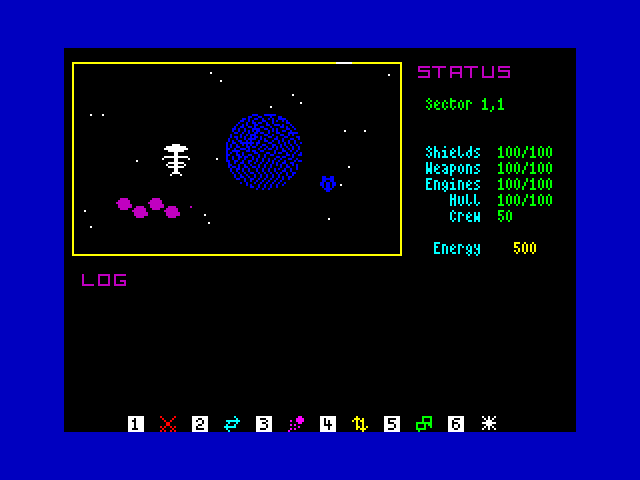 It looked ok, but wasn't great. Still I stuck with it for a while until I had the idea of using the same process on a 3D rendered sphere.

This worked really well, and for the Spectrum version is probably what I will stick with. But for DOS I wanted a bit more - colour clash isn't an issue and I have much more memory to play with. 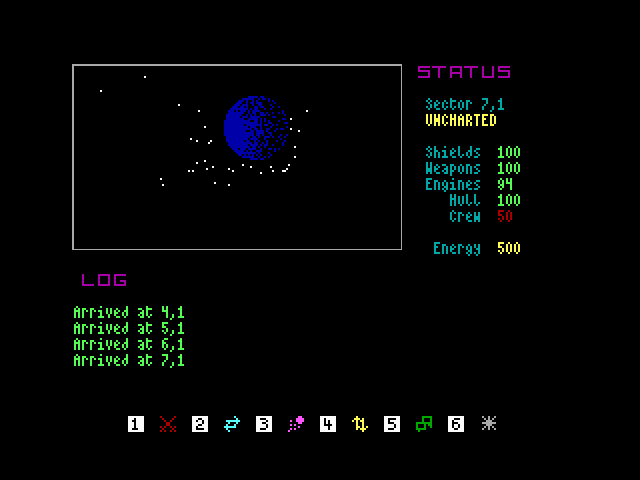 I returned to those planet images I had and decided to run one of them through a nearest colour routine I have been fiddling with, with the EGA palette providing the list of available colours the result was quite impressive!

This did need a new drawing routine though, for the DOS port I had simply written a routine to draw the graphics in the same way you would on the Speccy - with a list of byte values. This was no good for drawing coloured graphics, so after writing a quick program to give me a list of palette indexes I was able to create a new routine which plotted these values. 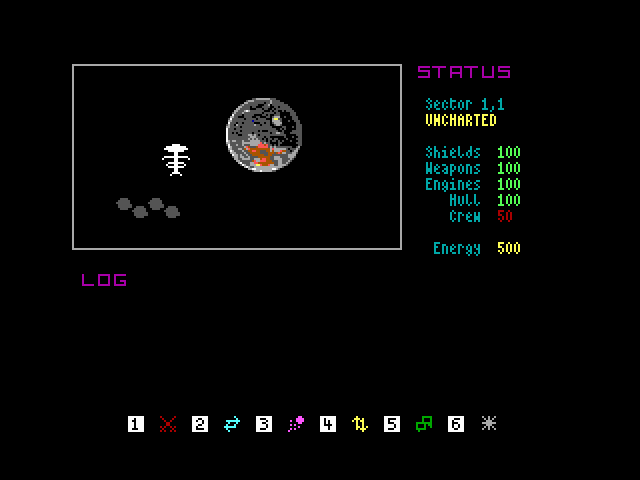 This takes the variety of colours to new heights and I'm looking forward to getting more pretty planets in to the game! 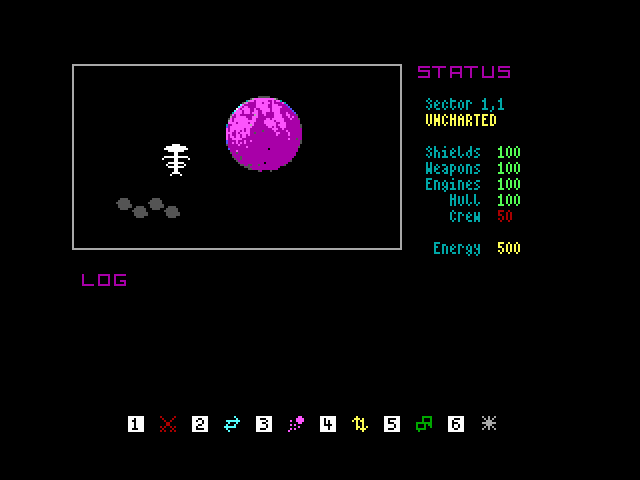