Dev Blog 1: A Brief History of The Untitled Space Game

Many moons ago (around 2 years' worth) I had been playing SoloTrek II on the Amiga, thinking something like this would make a great Speccy game I started putting pen to paper fingers to keys with ZXBASIC compiler being my weapon of choice. The first thing was to drop the Star Trek theme - the last thing I wanted was a visit from Temporal Investigations! 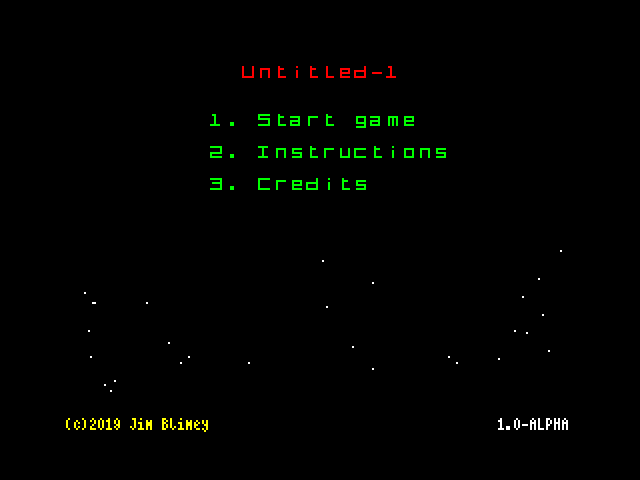 Within a couple of weeks I'd got a nice main playing screen working with navigation of 255 randomly generated sectors which could feature planets, asteroids and space stations. Within a few more weeks I'd added the ability to collect energy from the comets and beam down to the planets where random events would take place. I started to feel that it was a lonely place though, so set upon the task of adding some of them aliens (no need to bet your pension this time Wilf!).

With NPC ships added and roaming the stars I started to burn out and with additional pressure from work stopped any development for several months. Once work had calmed down and I was feeling bit more up to it I started adding the space station interactions: this was to be a trade system! I created a fairly simple system, with the addition of an "exotic trader" appearing on some planets who would deal with more lucrative items.

Next up was the all important combat system. This took me a while to settle on, but after a game of Journey's End I decided turn based was the way to go. The combat system turned out to the largest block of code I'd written so far, and it still needs some tweaks I just haven't been brave enough so far to delve back in! 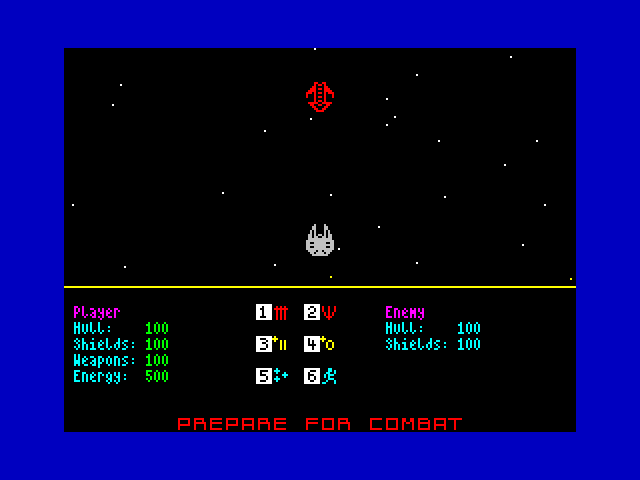 With all this functionality complete I still hadn't decided on a name, let alone an objective for the game but this didn't stop me, I added some more ship sprites and the option of the player selecting a different ship and colour to the default. I did adopt the name BL1-M3Y for a while as suggested by James O'Grady but I never fully warmed to it. 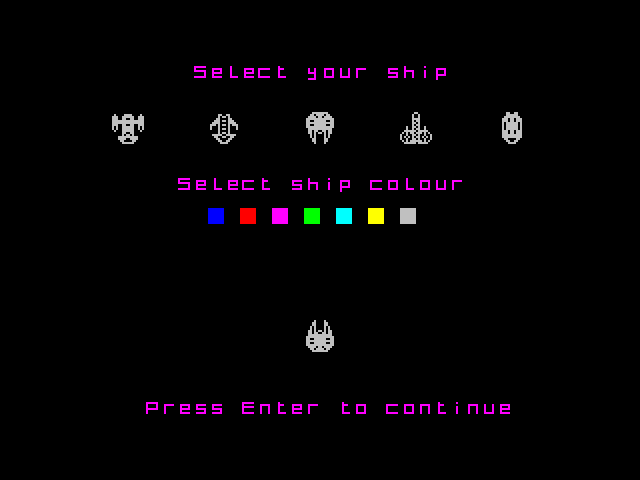 My tap file however was beginning to grow, I knew that ZXBASIC's PRINT routine pulled in a lot of other code that I didn't need so I wrote my own routine which also allowed me to remove the POKE statements to set the fonts which also saved some much needed bytes.

Still without a clear path for the game I continued a cycle of having an idea and then panicking about how big the tap file is.. A cycle that continued for far too long! I still worry about how much memory I have left but I do have a clear idea of what the goal is now.