In the early days of the Spectrum if we wanted to see an arcade game on it, the chances are it would be an unofficial clone - and as we saw from Space Invaders there would often be a few! 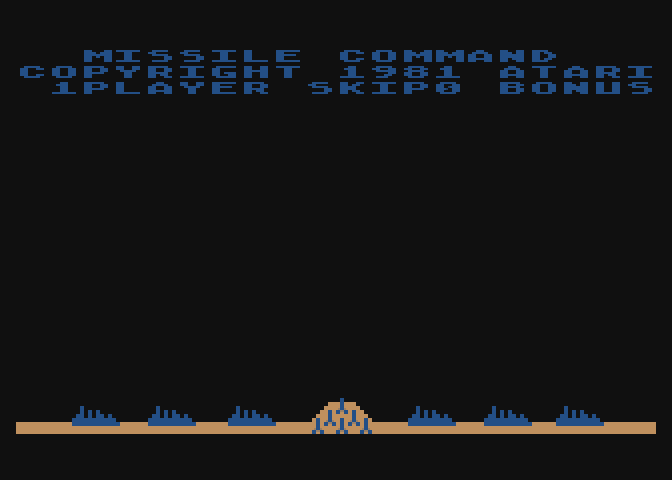 The objective of Missile Command is to defend your cities and repel the constant onslaught from enemy forces. You have a limited amount of missiles so accuracy is the key. My first experience of Missile Command was playing it on my Atari XE, I remember being impressed by the explosion animations.

First up is Armageddon, released by soon-to-be giants Ocean Software. Firstly, if you intend on playing with the keyboard, expect some very bizarre keys - SXNM with A for fire - joystick definitely recommended! It's a faithful port and all of the components are there: six cities, plenty going on from the start.. Explosions are fairly standard though, however you do get to see your missiles actually travel. Nice graphics, and good sound. 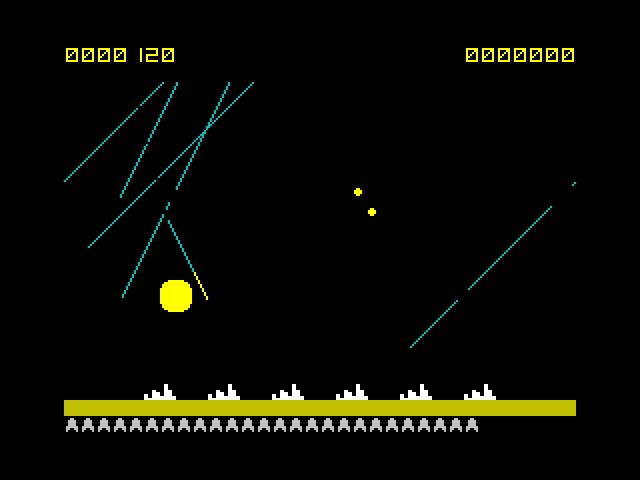 And then we have Repulsar by Softek. Originally a keyboard only affair, you can get a variant from World Of Spectrum which adds Kempston joystick support. This one takes a different approach, again you have six cities, and lots going on, but the firing mechanism is instant - your projectile hits its target the moment you fire. There is a good use of colour in this one although the sprites seem a bit on the small side, the sound however is spot on. 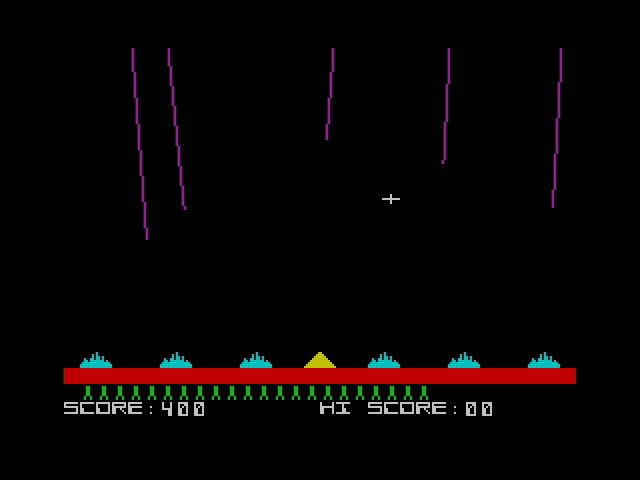 Again considering they were designed for the 16K Spectrum, we have 2 very good clones and it's hard to choose between them. I would, at a push though, probably choose Armageddon over Repulsar - its more faithful to the version I played on my Atari XE.