As a child who would rather stay at home and play games on his Speccy than go to arcades sometimes the significance of games would pass me by. One such game was Tempest, which to me at the time was just some game that appeared on a Your Sinclair covertape once. 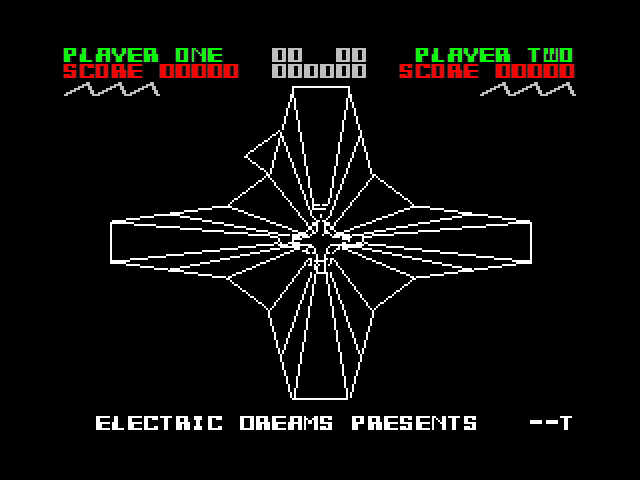 Of course, now I'm older, heavier with less hair and have access to the internet so have learnt what this game actually represented.

So a little bit about Tempest: an arcade game released by Atari in 1981. The action takes place on a vector-based 3D tunnel or tube where you are at the large end looking down. Enemies of varying types make their way up the tunnel and you, rotating around the edges shooting down the tunnel at the approaching baddies. The objective is simple: keep shooting until one of the little buggers gets you! You do get an Oh Shit button you can use once per tunnel that fires a super zapper down the tunnel taking out everything in its path. There are 16 screens which upon completion repeat again with the enemies being more tricky. 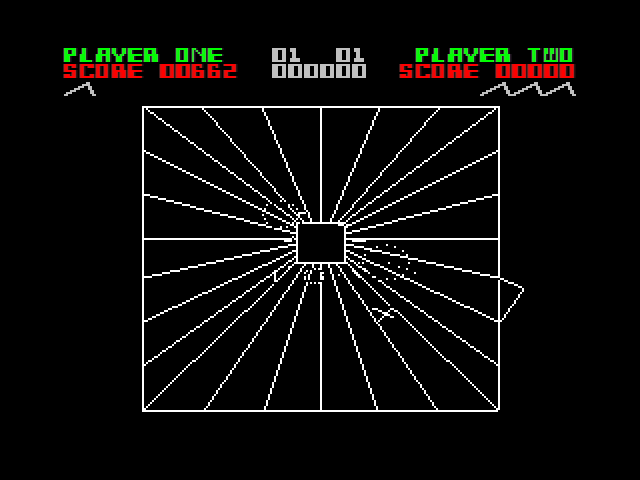 So, how about the Spectrum port? Well, that didn't come along until 1987 (or, for me 1991 on the covertape of Your Sinclair issue 68) made by Electric Dreams Software, but it is a great port. Unlike the original, it uses monochrome colours - although the colour does change on different tunnels. This can make seeing which lanes enemies are in as they emerge a bit tricky at times. Still, the game is there, looks nice, sounds great – what more could you want? And yet, this game passed me by, even though I had the covertape I don't even remember ever loading it! 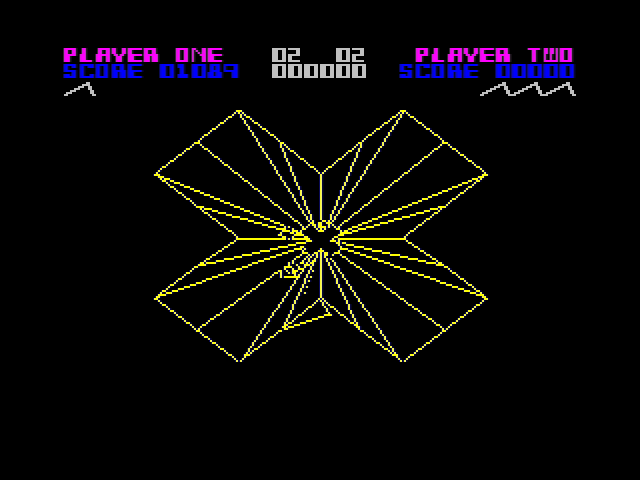 I really like this game, it took me a little while to get used to just using left and right, the urge to press up and down to get to the top and bottom was very strong. It has certainly kept me busy for the last week or two and is very welcome in my collection.

A great game but I do find the lack of unofficial clones interesting - it would have been nice to see if someone had a stab at making a colourised version!