The humble Speccy wasn't really known for it's graphical capabilities, it was after all meant to be a sensible machine for sensible uses like programming and... Other stuff. Despite this (and much to Uncle Sir Clive's annoyance) games took off in a big way, with the developers finding clever ways to get the most out of the little machine. There was one type of game the Spectrum did well though, and that was vector graphics; these are simple 3D shapes drawn with nothing but lines. 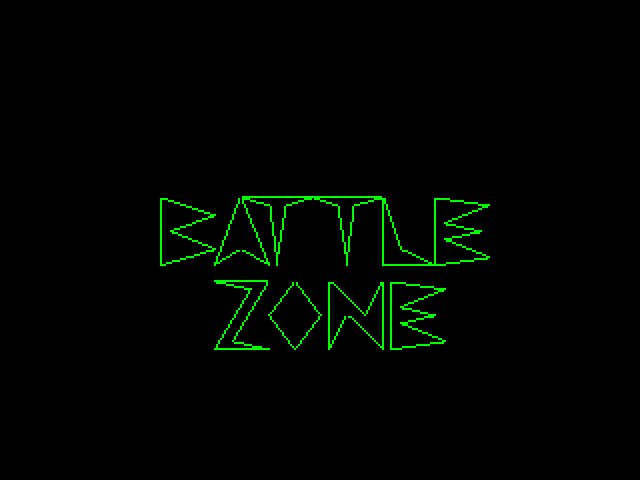 Battlezone, released in 1980 by Atari is a vector based arcade game and is considered to be the first successful 3D game released. The original arcade cab used a periscope style screen and dual joysticks which controlled the tank's treads. The aim of the game is to destroy the tanks and UFOs (huh?) before they can attack you! There is a radar and status text telling you which way and if the enemy is in range. There are various cubes and pyramids throughout the play area you can use to take cover if need be. 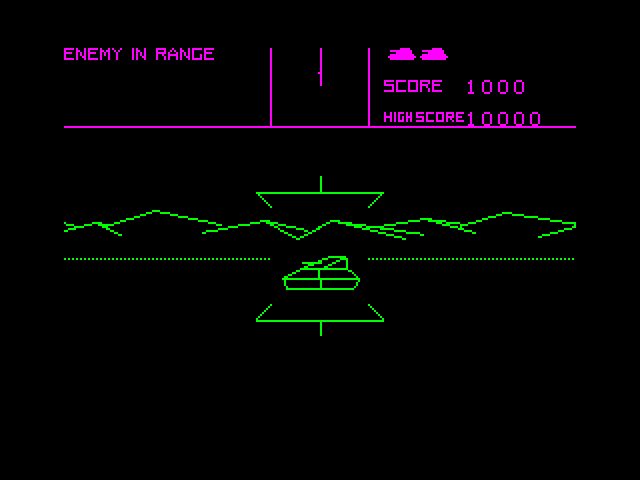 The ZX Spectrum got an official port in 1984 released by Quicksilva for the 48K and it really did the Speccy proud, even giving that arcade feeling with the controls by assigning different parts of the keyboard for the tracks: left track was 1-5 and Q-T for forward and A-G and Caps Shift-V for reverse, right track used 6-9 and Y-P for forward and J-Enter and B-Space would give you reverse with 0 for fire. If, like me, you found that too confusing a (single!) Kempston joystick was also supported. 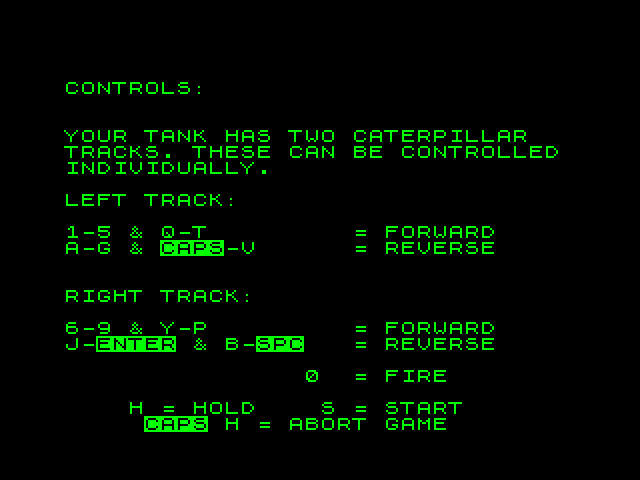 The Spectrum version stays faithful to the arcade, however there are a lot less obstacles in the play area. I don't say this often, but there is more colour on the Speccy version than the arcade! That's right, on the arcade its all green but we get a magenta status area! Sound is used well, and there's a lovely rendition of the 1812 Overture when you start the game. 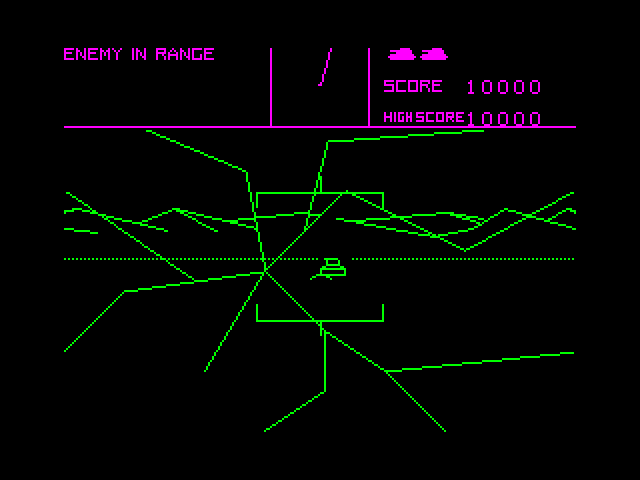 With modern emulation it might be possible to completely recreate that arcade feel by plugging in two joysticks and assigning the correct keys - you would have to decide which side you want fire on though!

I never played this as a kid (at home or arcade), but I wish I had! It's a great game that is really quite addictive.